How long is it since you last sat down and gave deep thought to why you do what you do? Could you say that you have absolute clarity about your end game? Could a merger provide an effective exit for you either now or in the future? 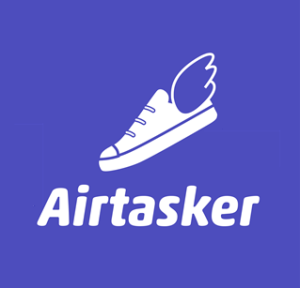 BridgePoint Group’s client Occasional Butler has pulled off a successful merger with Sydney-based rival Airtasker, creating Australia’s leading online odd jobs marketplace. What are your longer-term business objectives? It pays to keep your end-game in mind at all times and there’s no better time to start that process than now.

Melbourne based Occasional Butler, founded in 2012 by Erz and Jodie Imam has announced a merger with Sydney based rival Airtasker.  Both companies operate as online ‘market places’ matching users with an army of skilled workers to complete small tasks and odd jobs.

As a combined entity Occasional Butler and Airtasker expect to accelerate the growth of the odd jobs economy, which currently has over 130,000 members completing more than $4 million worth of tasks a year.  Jodie and Erz commented on the transaction “After meeting with Airtasker we realised that we shared a parallel vision of how a services marketplace should grow and we quickly found we could create an even better customer experience by forming one big marketplace across Australia.”

Once the combined entity consolidates its position in the Australian market, it will then look to take on the United States, together with exploring other international markets.

David Kells, Director of BridgePoint Group’s Advisory has been a member of the Occasional Butler Advisory Board and has worked alongside the team throughout the whole merger. Underpinning the merger was a shared vision for the online services marketplace and fulfilling the need in what is fast becoming an even busier world we live in.

For new and mature businesses an Advisory Board can provide a network of experience and knowledge that is invaluable for businesses looking to grow, change, merge or sell. BridgePoint Group and their panel of experts provide the ideal base from which to build an Advisory Board – with access to hundreds of years of combined knowledge across a variety of industries the business works with their clients to deliver a meaningful contribution to their ultimate success.

Jodie Imam, Co-Founder of Occasional Butler spoke about her experience with an Advisory Board “As an early stage and growing business, it was great to have the Advisory Board in place to provide guidance and keep us focussed on our objectives.  David was instrumental in guiding our company to a successful exit and I look forward to working with him again on our next business.”

For more information regarding Advisory Board Services, please click here.

Share this:
previousPacific Retail Management Ranks in the ‘Smart 50’
nextAll you need to keep in mind at Christmas time: Part 3, Want to know what Christmas expenses are tax deductible?